The British Empire strikes back

London implemented a threat that last week was so much talked about: in response to Russia’s refusal to hand over Andrei Lugovoi the UK set to expel 4 Russian envoys. "The Russian government has failed to register either how seriously we treat this case or the seriousness of the issues involved, despite lobbying at the highest level and clear explanations of our need for a satisfactory response," British Foreign Minister David Miliband said in a speech to Parliament. Announcing the decision, David Miliband, also said Britain would tighten visa requirements for Russian officials and businesspeople, suspend talks meant to provide easier access to British visas for ordinary Russians and review “the extent of our cooperation with Russia on a range of issues.” Besides that, if Lugovoi leaves Russia, London will seek for his extradition according to international agreements.
A spokesman for the British Embassy in Moscow clarified that the restrictions would concern only Russian officials, visa regime for tourists or other ordinary citizens remained the same. "These changes apply only to (visa) applications from the Russian government," he said. "Tourist, business and student visas will continue to be considered on their merits."
Miliband told MPs Russia was an important ally and the situation was one that Britain had "not sought and does not welcome". But he said it was necessary to send a "clear and proportionate signal" to Russia, about the seriousness with which Britain regarded the matter. In his statement, Miliband said that Britain believed that Russia was a "key international partner" in areas like bilateral trade and the fight against terrorism, but that "we need a relationship based on trust and respect."
The seriousness of the retaliations were emphasized also by the new Britain premier-minister Gordon Brown who stated that London would not apologize for envoys expulsion but would like to solve the problem as soon as possible.
The next morning Guardian wrote that expelling diplomats are officers of Russian secret services. With reference to anonymous sources the daily newspaper writes: “All four individuals being expelled are officers with one of the successor organisations to the KGB, a clear signal that British authorities strongly suspect that Russian intelligence agencies had a hand in the murder (of Alexander Litvinenko). David Miliband, the foreign secretary, told the Commons yesterday: "This response is proportional and it is clear at whom it is aimed." The other British press is much more restrained though. Newspapers write that expelling Russians are diplomats of middle rank who have no relation to espionage or Litvinenko’s case.
The last week the Russian ministry of Foreign Affairs warned against making Russian-Britain relations a hostage of the wrangle around Lugovoi’s extradition. But on Monday Moscow met Britain’s decision with hardly restrained irritation. That was quite obvious from the words of the Russian Foreign Minister Sergei Lavrov who had a telephone conversation with David Miliband. Sergei Lavrov said that all that activities seemed to be a well-produced action aimed at deliberate politisation of investigation of Litvinenko’s case, although Russia was always ready for collaboration on this problem, but strictly on professional basis.
Lavron reminded again both about the Russian Constitution that banned extradition of RF nationals and about the European Convention that did not prohibit that. He mentioned also Boris Berezovsky and Ahmed Zakaev and several UK nationals suspected of terrorism, who had not been handed over to the USA. “That’s why the position of London cannot be excused neither from the moral point of view, nor from the legal one” - the RF Ministry of Foreign Affairs states.
In Lavrov’s opinion, the London’s decision proves strengthening of russophobian sentiments in social and political circles of the Great Britain so that now it is reflected even in the foreign policy. The Miliband’s statement that London would like to see Russia as an international partner looked ingenuous, Lavrov said and added that ”they should understand well in London that the provocative actions conceived by the British authorities will not go unanswered and cannot fail to produce the most serious consequences for Russian-British relations as a whole."
It seems that one should expect expulsion of Britain diplomats from Moscow as well as continuation of old and appearance of new spy scandals concerned with the Great Britain. 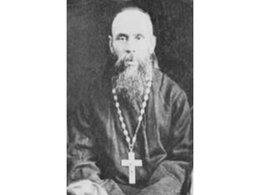 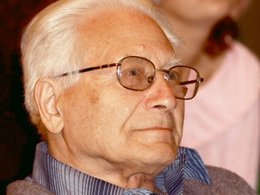