A terrorist act - “Nevsky Express” train was to fall from bridge

On Monday night, around 9:45 p.m. near the city of Novgorod, at the section between Burga – Malaya Vishera, a passenger train traveling from Moscow to St. Petersburg was derailed. Tens of injures, three or four in critical state. It’s a wonder that nobody has perished. All the signs point to terrorist act and, it seems, that it has not been a success. According to the investigation, a homemade bomb with power capacity equivalent to 2 kg of TNT was set on the way to a bridge: it looks like the terrorist intended to make the train fall from the bridge, which could have resulted in numerous casualties. But the speed of the train, one of the most rapid on this rout, was about 200 km/h, so after the explosion happened, the train overshot the bridge and was derailed already after it.
On the place of the explosion a shell-hole two meters in diameter formed. Russian prosecutors have launched a terrorism investigation (article 205 of the Criminal Code)
Already in St. Petersburg passengers of the train told journalists of the local information portal fontanka.ru how everything had happened. According to them, first the train began trembling, then they heard a bang. Those, who were in the middle of the train, felt as if cars hanged in mid-air; the speed at the moment was about 130 km/h. After the explosion the locomotive and several first cars kept on moving, but middle ones, including a dining-car began falling down. The conductors later confessed that they had prepared to part with their lives, since during many years of their service something similar happened in the first time. After the train had stopped, passengers got out of cars and began helping the train crew to take out people who were in fallen cars, although many were injured themselves. Most of injuries are bruises, cuts and fractures.
As soon as locals had known about the accident they went to the place of derailment to help the passengers. “It’s a wonder that we’ve managed to get across the bridge,” told one of the passengers, “otherwise the train has fallen in the river. We had to wait in the forest about 2 hours before locals went and got us out of here. Thank them very mush. First went ambulance cars, then police. They did not explain us anything, we reached the station and then got into an electric train”. - Special suburban trains were directed to the place of the crash in order to deliver people to St. Petersburg.
Other passengers were told that a terrorist act had happened. “The trainmaster said that something had exploded underneath the locomotive,” - told another passenger of the express. The route lied 600 meters from the place of the accident, locals helped people to reach the station, then the officials organized delivery of passengers in the city by cars and buses.
1:38 p.m. the Russian Railway press-center placed on the site an official report and numbers of the hot line. “August 13, 9:38 p.m. on Moscow time at the section span Burga- Malaya Vishera of the October Railway in the result of illegal interference in the work of railway transport an accident happened. A locomotive and 12 cars were derailed. 231 tickets have been sold for the “Nevsky Express” train; the train team consisted of 20 people. 60 people asked for medical care; 20 people were admitted to hospitals of the city of Novgorod. Two passengers are in critical state.”
Special hot lines are opened in Moscow and St. Petersburg, the numbers are following: (812) 436-88-13 in St. Petersburg and (495) 545-44-19 in Moscow. The list of passengers of the train is published on the site of the Russian Railway.
18 people were hospitalized in Malaya Vishera near the place of the accident, 3 in grave condition were delivered in Novgorod. Other people got necessary help and were taken to St. Petersburg. 30 people have been delivered in the Clinical railway hospital in St. Petersburg, 16 still stay there, including two kids of 12 and 15 years old. Among passengers there was a national of Italy, he has got a funny-bobe fracture.
After the derailment the traffic on the most busiest railway route was paralised. Nine trains being at the moment of the accident on their way to Moscow were redirected via Chudovo, Novgorod, Dno and Bologoe. Trains were 6-8 hours late.
Details of the accident became known by the morning. The Northwestern transport Prosecution reported that a homemade bomb had been set 30 meters before the bridge and it was remotely controlled. On the place of the crash the investigation found metal details of the bomb and wires. The prosecutors mentioned that one managed to avoid more considerable victims thanks to high speed of the train and competent actions of the machinist.
Besides that a construction of the railway in that place played its role. “Thank God, that sleepers were not wooden, otherwise cars would have been simply blown off, but sand and macadam stopped it,” said the chief of the Novgorod Territory public administration of the Russian Emergency Ministry Alexander Kolupaev. On the place of the crash serious reconstruction work needed.
The October Railway administration is going to put forward the machinist and team of the train for a decoration. According to a representative of the October Railway, they did not lose their heads, helped people to get out of the fallen cars and acted extremely professionally.
The next consequence of the terrorist act was announced during the meeting of the National Antiterrorist Committee by the head of the FSB Nikolai Patrushev. Vladimir Putin demanded to take immediate measures, Patrushev reported, that antiterrorist measures all over the Russia would be stepped up. The head of the FSB already has ordered to make an extra effort to protect the most important objects on the whole territory of Russia, since the menace of extremism and terrorism is not absolutely eliminated. That can be extremely significant, taking into consideration that Russia is to host the Olympics 2014 and it must demonstrate its ability to secure them. 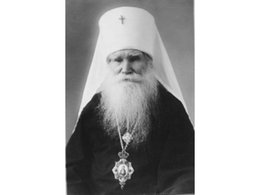 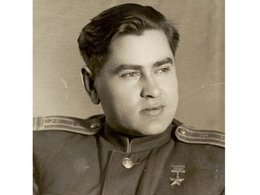