The General Prosecutor’s Office is searching for people who have revealed the investigation secret and provided the names of 11 suspected in participation in  the murder of a journalist Anna Politkovskaya. The named were published in “Tvoi den” redtop. Chief editor of “Novaya Gazeta” Sergei Sokolov on Sunday evening said in a broadcast of Radio Echo of Moscow, that the information leak had shocked the General Prosecution. “It is just a betrayal”, he claimed.”

In Sokolov’s opinion, there are people in each department who dispose of information and now they begin selling it to journalists. “As far as I understand it, the General Prosecutor’s Office has initiated examination on this incident and, I hope, people who have sold this information will be punished”, he said.

The chief editor supposes that the leak happened from the standby unit of the Chief Office of the Moscow Police (GUVD of Moscow). “There are police summaries where many facts are available”, he said and emphasized that later when some special services officers of high ranks had been detained their names had been removed from these summaries, but now the situation was different.

In her turn Anna Stavitskaja who represents the family of Politkovskaya in the court reported that a petition had been sent to the General Prosecutor’s Office in order to identify the source of the leak and to initiate criminal proceedings.

It should be reminded that August 27 the Prosecutor General Yuri Chaika reported the RF president Vladimir Putin and the society that persons suspected of participation in the loud murder had been detained. He did not denoted their names but mentioned that between them there are members of Chechen criminal groups and officials from national security departments. Nevertheless there was one name: Aleksandr Kupryazhkin, the FSB internal security department chief after the press-conference of Yuri Chaika said that one of the arrested was an officer of FSB Department for Moscow and Moscow Region Lt. Col. Pavel Ryaguzov. August 28 “Tvoi Den” newspaper published names of all 11 detained, including tree brothers Makhmudovs, Chechen origins. They are considered to be executors of the murder.

Sergei Sokolov then claimed that the leak complicated the investigation of the case a lot and that it was intended to crack the case. As “Novaya Gazeta” wrote, free criminals had not known names of all suspected but now they were informed about the main line of the investigation and could go into hiding.

The next day the situation became even more complicated. Alexei Berkin and Oleg Alimov, suspected of having been shadowing Politkovskaya, were discharged after giving a written undertaking not to leave a place. Besides that the Kommersant Daily Newspaper wrote that one more suspected, Sergey Khadjikurbanov, a former police major had a alibi, since at the moment of the murder he was imprisoned. Besides that Kommersant argues that Pavel Ryaguzov is accused of abuse of power, kidnapping and violation of security of residence, so his case does not concern the murder of Politkovskaya.

Yulia Latynina, a columnist of “Novaya Gazeta”, in broadcast of the Radio Echo of Moscow offered another version. “The facts are that, according to the investigation, some Chechen criminal group, specializing in contract murders, got an order to kill Politkovskaya. With the help of a familiar policeman (i.e. Khadjikurbanov) and FSB lieutenant colonel Ryaguzov they connected with another band, a band of policemen, who organized shadowing of Politkovskaya”, argues Latynina.

She also offers a hypothesis about the role of Khadjikurbanov inthis case. “Khadjikurbanov was set free in September 2006 and the fact is rather remarkable, inasmuch as Politkovskaya was killed on October 7, 2006”, says Latynina. “Now ask yourself, whatever the policeman were, criminal and scoundrel as he may be, will participate in a loud and very dangerous murder already in October being set free in September. The answer is: if he has been set free just for it”.

On Monday, September 3, the Moscow circuit military court declared the arrest of Ryaguzov illegal. It considered the reasons of the detainment to be just suppositions that could not be a proper ground for custodial placement. But Ryaguzov won’t set free, since all circumstances of his case will be examined anew.

There is one more controversial point concerning the customer of the murder. The Prosecutor General Chaika argued that between organizers of the murder could be adversaries of the Kremlin who lived abroad and desired the return to the former system when money decided everything. But journalists of “Novaya Gazeta” consider that the customer is in Russia. “If to speak about customers, we don’t exclude the version of tycoons in disgrace. Although the version which is worked out, say, better, bring us to Russia”, argued Sokolov.

Ilya, a son of Politkovskaya says more. He asserts, that he know who is the customer of the murder. “It is a famous politician, which is still free, as well as the killer” – said Ilya.

Columnist of “Novaya Gazeta” Anna Politkovskaya was shot to dead in Moscow on October 7, 2006 in the lift of her own apartment block. This murder evoked a vigorous response not only in Russia, but also in the West, it was even more sensational since it happened in the birthday of Vladimir Putin.

There were many versions of the murder, including revenge of policemen who had got into prison after revelatory articles of Anna Politkovskaya, revenge of Ramzan Kadyrov or in opposite, a conspiracy of adversaries intended to set up Kadyrov or Putin. It could be also revenge of former militants who have come over to the side of federal power, liquidation of an “enemy of the Russian people” provided be nationalists. The Kremlin binds the murder of Politkovskaya with the murder of Alexander Litvinenko, arguing that both murders are provocation against the Russian officials. 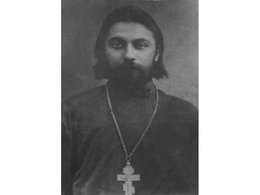 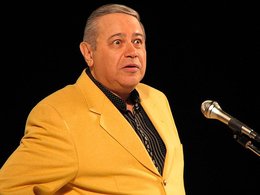