What has happened? 33 versions

It seems that nobody understood why Vladimir Putin had replaced Mikhail Fradkov by Victor Zubkov, a financial scout, 66, who is undoubtedly an influent person but he has never been active in public life. The resignation of the government was expected, but at the same time it seemed, that the post of the premier minister would be taken up by some well-known person who lately would become Putin’s successor (all expected Sergei Ivanov).

But things did not become clearer. This sudden decision has upset all plans and made useless all analytic forecasts concerning Ivanov, Medvedev and other well-known candidates. In place of that experts and analytics together with mass media had to create explanations and versions of what had happened and what would happen then. There are also several official explanations.

Why has the government resigned?

1. «We should think how to form a structure of the government as far as possible suitable for the pre-election period and prepare the country to the period after the parliamentarian elections, and then after elections of a president in 2008.” Vladimir Putin

2. A possibility for bargain for new chairs in the new Parliament.

3. Mikhail Fradkov is ill. Rumors appeared long ago. It seems that the first news was that he had been bitten by a cat.

4. «Victor Zubkov is a good professional, who has all skills necessary for such a high post». Mikhail Fradkov

5. Zubkov is a close friend of Putin. He followed Putin and removed to Moscow from St. Petersburg. Now he can become a good insurance for Putin. He is personally loyal to the president, he is a premier minister. He can rival any successor.

6. Zubkov should be removed from under Alexei Kudrin. There was no place for him in the Ministry of Finance and he faced the prospect of discharge when he was 65.

7. Zubkov is a protйgй of national security, defense and law enforcement agencies (siloviks), that want to insure after Putin’s leaving. Zubkov is considered to be a loyal prominent figure in the presidential administration.

8. Zubkov is a technical, compromise premier for a period of transition. Just a convenient, intermediate figure that can be removed at any moment.

9. Appointment of Zubkov is a way to get rid of corruption. He disposes of full information about financial operations, accounts, transactions of bigness and officials. The anticorruption campaign can help control the political and business elite during elections.

But what about Ivanov?

10. Appointment of Zubkov is a blow to Ivanov whose positions has strengthened a lot lately. Everybody was quite sure that Ivanov would become a premier and then a president. May be, that is just that thing, that Putin didn’t like.

11. Appointment of Zubkov won’t influence on Ivanov. The financial scout is just a technical premier, but Ivanov remains to be Putin’s trump card.

Who will become the successor?

12. He is not defined yet. If Ivanov has been appointed it would become a signal that he would also become the next president. It is not so, well, there is no successor yet. It is another “joker”.

13. There won’t be any successor. That fact is that nobody from the “official” successors has been appointed at the premier’s post means that advocates of the third term are very strong. The appointment of Zubkov is their doing. And the president can change his mind and decide to stay.

14. Victor Zubkov. This version was advanced by a political scientist Vladimir Pribylovsky as far back as in February. Zubkov is close to St. Petersburg siloviks in the administration of the president, loyal personally to Putin (a colleague, a servant, an associate) (see Why Zubkov?). He himself doesn’t exclude that he can become a president.

15. Zubkov again. Before his term ends, he leaves his post because of declining years and transmits his post to Putin or to another good man.

16. And over again Zubkov. Taking into account his specialty, one can launch an election campaign under the slogan of struggle with corruption (see Why Zubkov?).

17. Not Zubkov. He can’t be a successor because of the age. Putin has advanced him to preserve status-quo and keep the name of a successor in secret. It will leak out only at the last moment.

18. Anatoly Srdyukov. This version was published in “Vedomosti” daily with reference to “a manager of a big state-run company”. The logic is the following: Serdyukov is Zubkov’s son-in-law; he is a “dark horse”, but it seems that this clan is rather influential.

20. Alexander Grigoryev (the head of “RosReserve”). Putin’s close friend since their common job in KGB. Even closer than Zubkov.

21. Successors are the same. In the end who told that something had changed? One should not regard the resignation of the cabinet only in the context of the struggle for the presidential post. Ivanov, Medvedev, Yakunin and Chemezov are still potential successors.

22. A joint successor. In the opinion of Vladimir Pribylovsky, “it will be easier for Putin to rule if they balance each other”. Zubkov as the premier minister is just a part of this plan.

Who from ministers will remain?

24. Mikhail Zurabov, Minister for Health and Social Development. He is extremely unpopular and his discharge is to become “a pre-election present to the electorate”. Vladimir Pribylovsky has named him “the most delicious food of the Kremlin” that would be solemnly eaten just before the elections.

25. Industry and Energy Minister Viktor Khristenko.  He was supposed to head Transneft. The resignation of the cabinet is a good occasion to get a new job.

26. Economic Development and Trade Minister German Gref . He is said to may leave for private business. One of candidates on the post of the Energy Minister is considered to be Andrei Kostin. Head of VTB.

27. Finance Minister Alexei Kudrin. According to Pribylovsky, his future can be an indicator of changes or invariability of the policy of the president.

28. Agriculture Minister Alexey Gordeev. He is predicted for a post of a governor of some agriculture region, for example, of the Stavropol Territory or of the Ryazan Area.

29. Siloviks will preserve their posts. It must be so.

30. Vladimir Putin. He realized an artful staff shift. New disposition in the government and administration is a complicated and well-thought system of restraints and counterbalances.

31. The siloviks, i.e. national security, defence and law enforcement agencies. If it is truth that Zubkov is a candidate from this clan, then it is undoubtedly their staff victory. At least all analysts unanimously claim that there won’t be any discharges and shifts among the siloviks in the administration and government.

32. «The United Russia». Boris Gryzlov is considered to be a friend of Victor Zubkov. He was the first who reported that Zubkov had been nominee for prime minister.  The appointment of Zubkov means, among others, increase of Gryzlov’s personal capitalization and capitalization of the whole his party. The PR services will now endeavour reporting how the new premier and the United Russia are realizing the plan of Putin.

33. «Friends of Zubkov». There is a version that Valentina Matveenko is getting ready to remove to Moscow. They said to be in good relations. Anatoly Serdykov now can also not worry; his father-in-law is the premier minister. 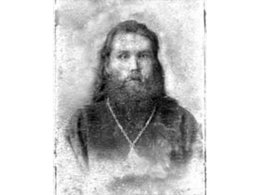 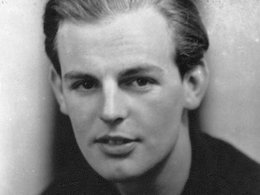