Vladimir Putin became a person number one for the United Russia. He promised to head the party in the upcoming elections. He is not going to join the party but will support it, being the first figure in the party list. It is a vigorous support; for Putin himself it is a request for party membership in 2008. Besides that the president can become a premier minister for the next political cycle.

“I accept your proposal to be the first number in your list with appreciation”, said Putin in his speech during the 8th session of the party.

At the same time the president said that he did nit want to become a member of the party. “Although I was one of the founders of the ‘United Russia’, but I’m a non-party man, like the majority of citizens, and I would not like to change my status”, he said.

He supposes, that if the “United Russia” wins, he probably can head the government of the Russian Federation in 2008.

“to become the head of the government it is quite a real idea, but it is too early to think about it. At least two constituents are needed”, Putin said. One of them is a victory in the elections to the State Duma”

“A honest, capable of functioning and effective person should become a president of the county”, explained Putin the essence of the second constituent; and added that in that case he would be able to work jointly with such a person. In a half-hourly break the United Russia will vote for the membership of the first three figures in the party list.

The consent of the president to head the party was met with cheers.

The leader of the party Boris Gryzlov said that he understood the attitude of the party membership to the including of the president in the party list and adjourned the session for half an hour to complete the formality.

All the previuos year experts tried to guess if Putin stayed for the third term or not. In September the Central Election Commission of the Russian Federation defeated the suggestion to organize all-Russian referendum on the third presidential term. Vladimir Putin announced that he would not leave for the third term at least ten times. He did not yield to any persuasions to leave but it was obvious that he intended to leave elsewise.

After the idea of the third term had been quite abolished, Putin was asked, what would be with the country after 2008. The president promised that he would continue influencing on the situation in the country, enjoying confidence of Russians. Polit.ru has written that in spite of all vagueness of the answer one could draw at least two conclusions. First, Putin is not going to leave the politics. Second, that he doesn’t want carrying on business yet (although he could head Gazprom or something of that kind).

Many experts supposed that Putin could head a big political party or become the first person in the Public Chamber. Other variants are more inconsequent but still cannot be excluded. For example, it could be the Constitutional Court or position of speaker in one of the chambers. There were also variants with a union state (Belarus?) with Vladimir Putin at the head of it. Now these variants become less probable.

The announcement of Vladimir Putin means that the variant of party government has been chosen. The United Russia with Putin at the head will get a majority vote (from 50 up to 70 percentage). Then the government will implement a reform (de facto or even de jure) and delegate part of the Cabinet of Ministers from the victorious party. At the head of the party will be a member of the United Russia party Vladimir Putin. Well, all these argument are for krenlinologists.

1) Will Putin leave the post of the president after he will have been elected in the State Duma (in the NY night, for example).

2) Will some amendments be introduced in the Constitution in order to redistribute functions between the president and the premier and will it be possible within the current constitution, since Putin so fought for its immutability after all.

Kremlinology is not an exact science. Lately the president appointed on the post of the premier unknown person Victor Zubkov and did not appoint well-known Sergei Ivanov. Let’s observe rather than trying to guess. 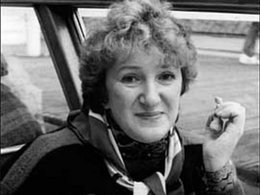