Fradkov went on a recco

Vladimir Putin surprised all with a new unexpected decision: Mikhail Fradkov who had been dismissed from the top Cabinet job last month, will succeed General Sergei Lebedev at the post of the head of the Director of the Foreign Intelligence Service (SVR). During the summit in Tajik capital, Dushanbe, Vladimir Putin said: “As for person who will take up a post of the Director of Foreign Intelligence Service, you know him very well, it is Mikhail E. Fardkov”

According to the official biography, the former premier has some experience of foreign relations work but he has never been a professional intelligence officer, so this appointment looks at least strange. However it can be said about all Putin’s last appointments. Among versions concerning this “castling” there is a supposition that Fradkov will become a so-called political head of the SVR and some intelligence nature will be imparted to the external policy; as well as a political nature will be imparted to the intelligence service.

It should be remarked that in the cotemporary history of the Russian Federation almost all former premier-ministers held then some political position. Sergei Kirienko heads Rosatom state corporation (former Federal Atomic Energy Agency), Sergei Stepashin is the head of the Accounts Chamber of Russia, Viktor Khristenko is now the Industry and Energy Minister, Victor Chernomyrdin is Russian Extraordinary and Plenipotentiary Ambassador in Ukraine, Yevgeny Primakov is the President of the Chamber of Commerce and Industry of Russia. There are two exceptions: Yegor Gaidar has become the director of the Institute for the Economy in Transition and Mikhail Kasyanov who has gone to the opposition.

Mikhail Yefimovich Fradkov (born September 1, 1950) is a Russian politician who was the Prime Minister of Russia from March 2004 to September 2007. He studied at both the Moscow Machine Tool Design Institute (graduated 1972) and the Foreign Trade Academy (graduated 1981). In 1973, he was posted to the economic section of the Soviet Union's embassy in India, where he remained for two years. In 1991, he was Russia's representative to General Agreement on Tariffs and Trade (GATT) in Geneva.

He was made director of the Federal Tax Police by Vladimir Putin in 2001, having previously been Deputy Secretary of the Security Council. In 2003 he was made Russia's representative to the European Union. On March 1, 2004, he was nominated by Putin as the next Prime Minister, and this appointment was approved by the Duma on March 5.

On May 12, 2004, Fradkov was appointed Prime Minister for the second time, as Vladimir Putin had won the presidential election and been inaugurated on May 7. On September 12, 2007 Fradkov announced his resignation to President Putin, which Putin accepted, nominating Viktor Zubkov as Fradkov's successor. Putin bestowed an award on Fradkov and said that he would remain in office until the confirmation of a successor by the Duma. 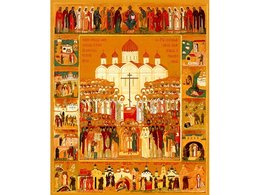 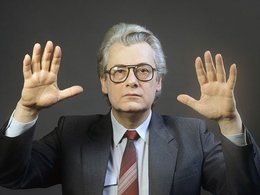