The Ministry of Economic Development and Trade of Russia is anxious for the image of the country abroad. It intends to improve the investment image of Russia everyway and to promote national and regional Russian brands abroad.

To solve this problem, a state-run corporation is to be established. The Specialized agency on attracting investments is designed to advertise Russia all over the world. This task is described in detail in the “Program of improvement of the investment image of Russia abroad” available on the official website of the Ministry.

As officials of the Ministry of Economic Development remark, the investment image of our country is worse than the investment climate. According to the investigation of Edelman, Russia maintains very low level of investor confidence; it occupies the last place in the list. For example, the rate of the confidence to the state-run monopolist “Gazprom” is high only in Russia, where it amounts to 67%. In China it comes to 48%, but in the Great Britain only to 5%. In other words, all incantations of the Russian authorities on the care of Russian companies of energy safety of foreign partners were in vain.

The situation is characterized also by the last annual list of the American financial weekly Barron’s, which has mentioned Sberbank, Rosneft and Gazprom among a hundred of the most respected and authoritative companies of the world. The companies occupy the 98th, 99th, and the 100th places in the list.

The cost of the project is not determined yet, but the Ministry of the Economy is positive that each one dollar of marketing expenses can bring four dollars of net profit. “Vedomosti” daily interrogated experts who estimated the cost of the project at $200-300 mln. An economist of the joint-stock company “ATON Broker” Vladimir Osakovsky said to polit.ru that it was quite difficult to designate the precise sum but he supposed that it was a question of a sum from several tens to hundreds million of dollars, but it would not exceed a half of billion.

It should be remarked that in 2007 Russia spent on self-advertising abroad 137 million rubles. For comparison, the summit of G8 in St. Petersburg being designed just to improve Russia’s image abroad cost $250 mln.

While elaborating the program the Ministry of the Economy drew on the experience of other countries. Thus, Czechia spends on self-promoting $12-13 mln per year and the Great Britain $700 mln. In Ireland the Industrial Development Agency (IDA) has been functioning already during 12 years and in this time the amount of foreign investments increased from $1 bln to $25 bln. In fourteen countries similar agencies are established with the assistance of the state; in eight they function exclusively on government financing.

Vladimir Osakovsky noted that such countries like Croatia, Greece, Turkey, Spain, Bulgaria spend considerable funds on forming of a brand of the country, in particular of tourist direction. “At the moment Kazakhstan and Turkmenia are also working at it”, said the specialist.

The investment image will be promoted with the help of participation in exhibitions, conferences and forums abroad, organizing of trips for foreign businessmen over Russia, dissemination of auspicious information on Russia through foreign mass media. Besides that the Ministry proposes to create a multilingual website devoted to news of the Russian legislation and business. Big Russian companies will be got to take part in the project, they will be proposes to carry out series of charitable acts abroad.

It should be reminded that previous attempts to create a positive image of Russia abroad cannot be called successful. According to experts, state-run English-speaking channel Russia Today (its budget amounted to $30 mln) did not manage to show itself as a trustworthy source of information, since the activities of Russian image-makers more closely resemble the Soviet propaganda. It is remarkable, that for realization of the project the Ministry intends to hold a tender among prominent foreign advertising agencies.

There was also an attempt to carry out a project Trendline`s Russia on the analogy of Russia Today. It was to become a supplement, to Washington Post, Daily Telegraph and China The People’s Daily (Rйnmнn Rмbаo).

As for the second purpose of the project, this task is more local. The Ministry is to improve the image of the country promoting the national brand “Made in Russia”, both national and regional. National brands that are supposed to be demanded are both food ones (kvass, sbiten, mors - famous Russian berry drink), and that from the hi-tech field. Regional brands are “Golden Ring”, “Resorts of the Krasnodar Area”. All these brands are closely related; for example, the administration of the Krasnodar Area elaborates the conception of the brand “Wines of Kuban” promoting. 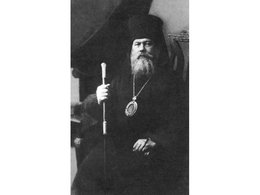 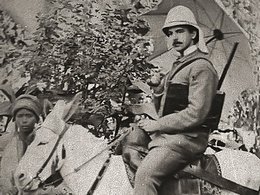