Vladimir Putin considers that it is “incorrect” to bring up problems of special services in mass media. The president declared that to a reported of the Kommersant daily Andrew Kolesnikov while commenting on the article of Victor Cherkesov, where the head of the Federal Drug Control Service claimed that a war between different groups of special services had broken out.

“If somebody acts like this, asserts claims like that concerning a war between special services, he must be irreproachable himself”, added Putin.

It seems that this comment doesn’t bode well for Cherkesov. It is remarkable that Putin has not read the article himself; so, Kolesnikov had to retell it to the president. In response Putin said that officers of law-enforcement agencies “should comprehend, that they must be constantly in state of control of their activity”. “We have nobody who is out of law boundaries”, said the president.

“It would be much worse if officers of law-enforcement agencies have an illusion that there is nobody who control their work”, continued he. “At the same time I understand very well that when things are put straight within the very regulatory agencies they don’t like that”.

On the question whether the war between special services was waged or not, Putin answered: “If I were in the place of people who defended the honour of the company, I would not blame all round, especially with the help of mass media”. According to the president, one should defend rights and interests in the court.

“When the matter concerned violations in the custom activities, when there were suspicious that some bodies of the law-enforcement authorities provided “protection” of inspectors I engaged people not connected with the Moscow elites; and on the whole their work was effective. I hope that this work will be also finished in the court”, said the president.

It should be reminded that, as polit.ru wrote earlier, the confrontation of security officials from Putin’s surroundings has resulted in the so-called “wiretaps case”. Several officers of the Federal Drug Control Service being headed by Victor Cherkesov were detained. The pressure of the FSB on the FDCS was so strong, that Cherkesov had nothing else to do but to write an article, which was published in the Kommersant daily. The chief of the FDCS acknowledged that special services waged a war for the influence and resources. He declared that among FSB officers people with their own “business interests” had appeared and that they violated “norms of the chekist society” stirring up a war “of all against all”. According to him this situation threaten with the destruction of the chekist corporation and, therefore, with the devastation of the country since, in his opinion, just the “chekist hook” had prevented the country from the total fall in the 90s. 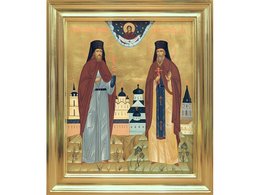 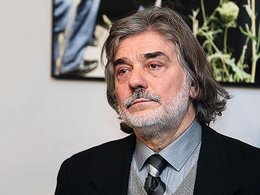