New wave of strikes in Russia. In November automakers, dockers in Tuapse and St. Petersburg went on strikes; railroad men also plan for a strike. Workers of different areas demand advance of wages; they claim that they are paid not enough. Although salaries in these branches are higher than average one in Russia; and some people suppose that the proliferation of strikes are caused by the labour unions’ election agitation, one can assume that this “red November” is not the last one. Recently the officials and parties took a great interest in socialistic rhetoric, so, both they and employers will have to pay.

The richer an industry is, the more active labour union it has. In the last summer meetings of many thousands occurred in the oil capital of Russia, Surgut. Workers of the Surgutneftegas corporation demanded another form of payment: different bonuses amounted to about 80 percent of a salary and could be easily withdrawn by administrative methods. But nevertheless that time one could not speak about a full-scale strike of Surgut oil industry workers; and unionists were persecuted by the management.

More than once workers of a Russian Ford factory situated near in Vsevolozhsk, Leningad area went on strikes. Just they opened again the current series of strikes. November 7 the labour union declared the beginning of a ‘warning strike’. Approximately in 24 hours the strike was ceased; the court of the Leningrad area made a judgment against the strikers. In this February the workers also stopped the production for about 24 hours.

Thus, when workers of Ford went for just another strike, nobody was surprised. The administration doesn’t take the risk to collide head on with the workers: it doesn’t threat with repressions and doesn’t discharge ringleaders, as that of Surgutneftegas or AvtoVAZ do. But it was not the end.

In the wake of Ford workers dockers of the Black Sea port Tuapse came out. There the court also took the decision against the strikers and just after this strike a new one, this time in St. Petersburg flared up. According to the strike committee the strike will last for at least several days. The workers demand 30 percent rate increases. The administration considers the demands groundless and doesn’t want to make concessions. According to the head of the strike committee Alexander Moiseenko, they demand a re-calculation of the wages since the 1st October with a wage increase by 10 percent. Since the 1st January they demand raise wages of all port workers by15 percent and that of dockers by 10 percent. Yesterday strike-breakers worked in the port. According to official reports of the port administration it hasn’t engaged any external labour forces; handling is executed by cargo owners themselves, who had to search for another labour forces. According to the strike committee, the turnover of goods in the port has been reduced by 70 percent. The administration of the port declares that it carries out all commitments to clients.

Finally the railroad workers confirmed their intention to organize a strike in the end of November.

The organizer of the strike, the head of the Russian labour union of locomotive crews of railroad men Eugene Kulikov stated that about 10 thousand railroad workers all over the Russia were to participate in the strike. According to Kulikov, he is aware that the strike will infringe on interests of common passengers, but railroad men don’t want the company to “improve  its credit standing, support football clubs and execute charities at their cost”.

Meanwhile officially there are no strikes in Russia. Rosstat ("Statistics of Russia") in most cases doesn’t notice the workers’ activity at all. Sometimes the strikes aren’t registered in a proper way and then the employers judicially upset them or entrepreneurs resolve the contradiction before the strike. In October 2005 2565 strikes occurred and 83.3 thousand people participated in them. But in 2006 – how striking – there were only eight strikes in which a little more than a thousand people participated.

Reference: the strikers’ activity according to Rosstat’s information.

The reason is that the new Labour Code practically doesn’t let workers of a big enterprise strike. It became much more complicated to solve collective labour disputes, to declare and carry out a strike. Labour unions can not put in claims and declare a strike without an approve of a general meeting or a conference of workers. More than two thirds must take part in it and not less than a half must vote for a strike.

Besides that, strikes are prohibited in organizations providing public vital activity (energy supply, heating, natural gas industry, aircraft, railway and water transport, communication, hospitals) in cases when it can endanger the country defense, life and health of people. Thus, it is still unclear how will strike the railway workers.

Russian citizens don’t give much confidence to active forms of confrontation with employers, although about a half of them approve strikes and other forms of protest. But this is only in theory. According to the poll conducted by VCIOM in April the most commonly used method of labour rights is an address directly to a chief, 17% of interrogated preferred this method. Another wide spread reaction on violation of labour rights is change of the work (7%). 5% use personal relations (help of friends and relatives) to solve a problem; 4% went to the law. 2% just began working less and worse. 1% participated in different actions of protest such as strikes and meetings, 1% asserted their rights using force or menace of force and also 1% had to give presents and money. Only a few addressed to labour unions or labour councils; that is 3%.

Meanwhile, according to VCIOM in 2005 employers violated rights of 44% interrogated people; according to returns of Levada Centre, 62% of respondents think that it is possible to strike to defense their rights. The problem is that for a long time the labour union activity was a prerogative of successors of Soviet labour unions and of a Federation of independent labour unions of Russia. Often they are just not able to care for workers’ rights defense. In many cases labour unions just distribute vouchers to sanatoriums; but the administration can do it itself, so it is quite unclear for what that labour unions exist.

But at the moment the main trend is an increase of number of strikes, of workers’ and labour unions’ activity. In the opinion of observers, an inflow of workers of a new generation influences on the growth of labour union activity. They did not inherit an idea that an employer was a benefactor and that the state would protect. People of elder generations have quite other notions. According to VCIOM, 57% of working pensioners and workers of a pre-pension age consider that relations between the employers and workers should  be controlled by the state.

The director of the Institute “Direct Effect” Karin Kleman assumes that strikes and other protest actions are initiated by younger people who are eminently qualified, have an experience of team-work with foreign colleagues and have broad outlook. They prize their abilities and don’t want to sell their professional skills for nothing.

But at the same time the popularity of labour unions grows relatively slowly. According to a poll conducted by VCIOM in May 17% of workers see a unique role of labour unions in the mediation between a worker, an employer and the state. In their opinion the state should secure minimum guarantees, but other questions should be decided jointly by an employer and a labour union. In 2005 13% thought so, that is 4% less; thus, the protest potential increases.

This is not surprising; officials and businessmen announce all the time on an unceasing economic growth, on the social responsibility of a business (that is not only a purchase of socially significant collections) and on the social justice (resource rent, luxury tax, etc.). As this rhetoric is so popular (almost all parties in Russia use social populist slogans) it is not astonishing that Russian workers also want to get their part of this economic growth.

Almost 60% of Russians consider that they are underpaid. The labour union of AvtoVAZ demanded to put up wages up to 25 thousand as the United Russia had promised in its election campaign. Inasmuch as the social rhetoric will scarcely stop within the next few years, one should wait for an increase of labour conflicts.  Certainly if repressions aren’t applied. 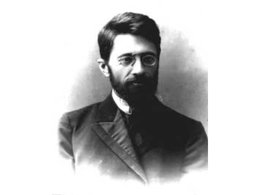 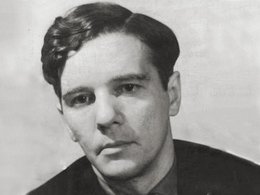