Some analysts consider the past election to become unsuccessful for the president.  Kremlin positioned the elections as a referendum on the confidence in Putin as a national leader. But this time the United Russia party supported by Putin garnered much less than 71%, which Putin got in 2004.

The United Russia got enough to provide itself a constitutional majority in the Duma; but just Putin, who carried on an earnest agitation for it, added to the party 20-25%. Besides that one should not ignore complaint of United Russia’s adversaries who claimed on numerous violations to the ruling party.

The result shown by United Russia is not enough for declaring Putin a national leader, believes the former minister of economy and the present chief of the Higher school of economy Evgenie Yasin. “63% for United Russia is not very much. Taking into account the 60% turnout, that is 60% from 60% - it is not enough after so great exertions. What is more, many will think that the result has been forged. That’s why I would not say that the results are satisfactory for the government”, said Yasin to the Reuters news agency.

“37-38% of all population voted for the president. He acknowledges well, that this is a great failure; failure not only of the elections, but of the whole system”, said in an interview with Echo Moskvy radio Andrey Illarionov, former Putin's economic adviser and now his fierce critic.

“It turns out that 42 million people voted for Putin, whereas four years ago 49 million supported him”, explained the former presidential adviser.

In Yasin’s opinion the government hasn’t managed to gain its aim; and the authorities can’t say now that all people support the president, so he can choose any apostasy still remaining a national leader. “Certainly, they can put a good face on things, but in realty only Zhirinovsky and Mironov can be satisfied with the results of the elections”, said Yasin.

Michael Ganske, head of Emerging Markets Research shares this opinion. He isn’t inclined to say about the unreserved victory of the ruling party. “The results are quite surprising”, he said. “The minimal level expected by Putin was 60%, but if we speak on the vote of confidence in the president, the result can’t be less than 70%. This is a good sign; that means that Russia hasn’t come yet to a one-party system”

Illarionov considers that the failure of the elections in view of the use of all state resources means that one can’t give credence to any state structure. “That’s why we should create alternative government structures; structures of citizens’ declaration of will. And this is a purpose for the whole country - to form other structures for discussing national problems, to organize another elections for another Russia”.

It should be noted that besides United Russia three more parties enter the State Duma, that is LDPR headed by Zhirinovsky and Fair Russia, both are loyal to the Kremlin, and KPRF, the only oppositional party. Liberal SPS and Yabloko even didn’t manage to overcome a 3% barrier; and that threats them with financial problems. According to the law parties, which get less than 3% must pay themselves for the broadcast and places in mass-media used for the agitation. Parties that don’t garner 4% won’t be returned back the election deposit (60 mln rubles). At the same time KPRF and SPS argue that there have been numerous violations and are about to appeal the results in court. 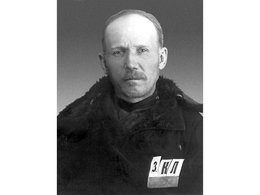 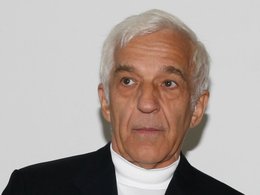